Campbell testing is a technique for measuring the natural frequencies and mode shapes of rotating turbine blade (bucket) rows.

Traditional vibration measurement techniques, such as the use of accelerometers, cannot be directly applied to the blades in these particular tests due to the increase in weight to the blade, along with the complexity of the rotating system.

The additional weight can cause deviations in the blade’s vibrational mode shapes and rotating imbalance.

An alternative approach, employed by SimuTech Group’s mechanical testing engineers, is the use of strain gauges.

In the field, strain gages and thermocouples are attached to the blades to measure dynamic strain and temperature as the blades rotate and vibrate.

The gages are connected to a radio telemetry system that transmits signals from the rotating shaft to a stationary data acquisition system. A variety of excitation systems including air, oil and steam jets, and electric magnets are used to stimulate vibration of the rotating blades. 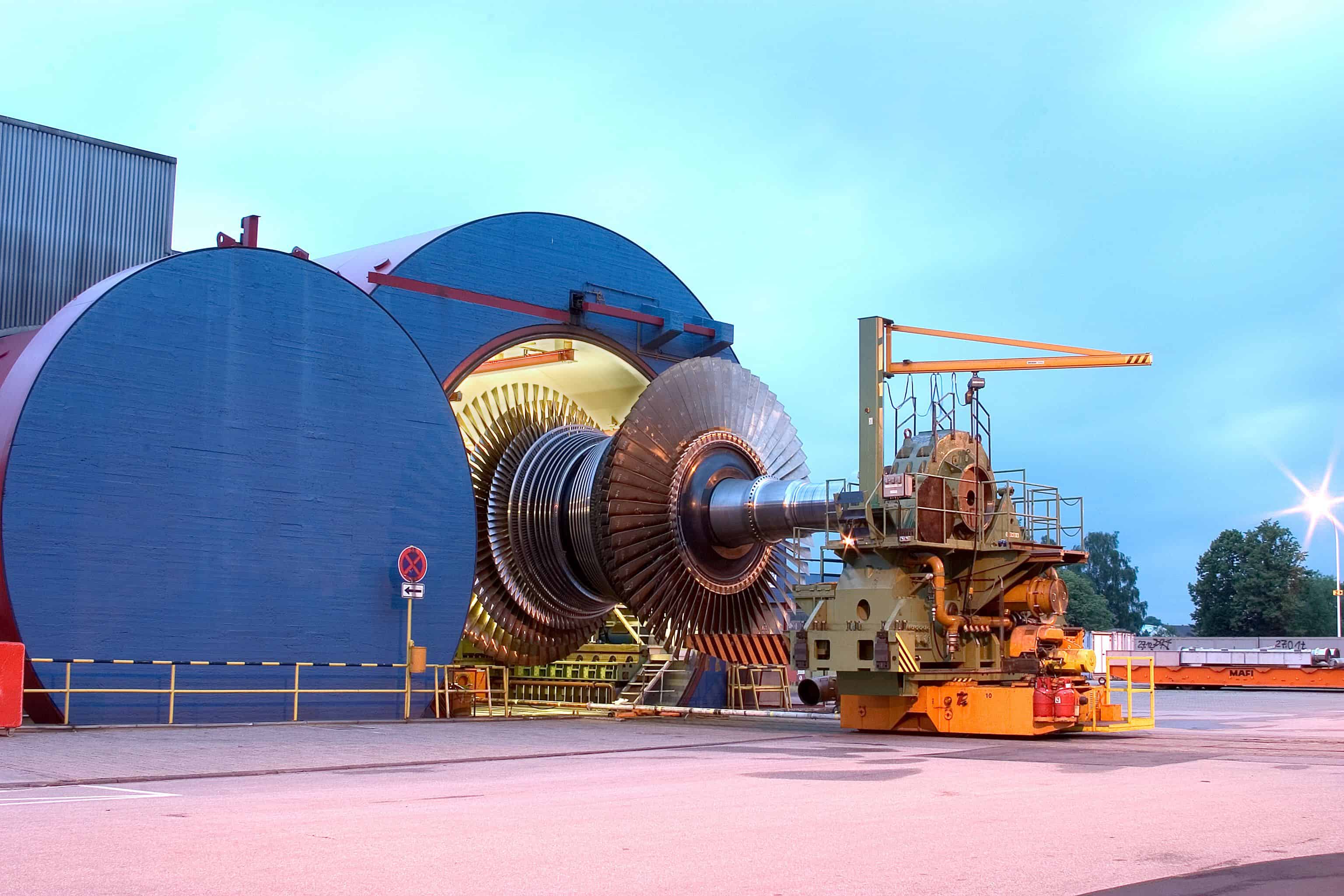 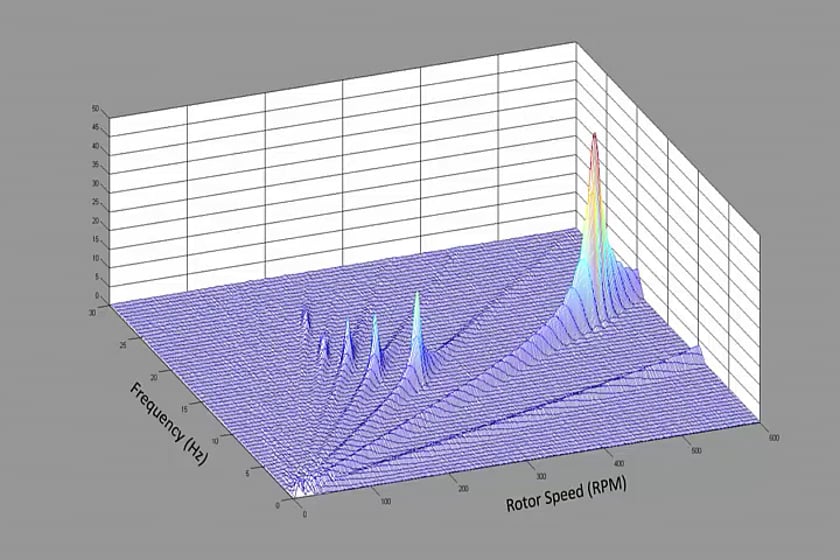 In this video, our engineers demonstrate strain gauge telemetry on a model rotating disk, designed to simulate vibration of actual turbine bladed discs.

This is the Campbell Wheel demonstration device, developed at Stress Technology, named in honor of Wilfred Campbell of General Electric, who pioneered the study of bladed disc vibrations.

A simulated bladed disc with cover band is driven by a DC motor capable of maintaining precise speed control.  A single air jet directs an axial force against the cover band of the rubber wheel. This air jet is analogous to the retractable steam jet typically used in telemetry testing of actual turbines.

To identify the speed mode frequencies and blade operational mode shapes, a flexible blade disc assembly can be simulated by a rubber wheel.

The sensor on the rotating disc produces an analog strain signal on the oscilloscope. The air jet exerts a force on the rotating disk at one location per revolution. This is analogous to the procedure used in full scale telemetry testing of turbines. At certain critical wheel speeds, bladed disc resonance will occur.

Measure the dynamic response characteristics of an airframe with MIMO signal processing and analysis.

Measure and analyze blade weight and the COG location to determine the optimum blade stacking position.