There are also several different viewing options for the new element selections, achieved by toggling Wireframe mode and Show Mesh mode on and off.

Following are examples of several of these new element selection options. 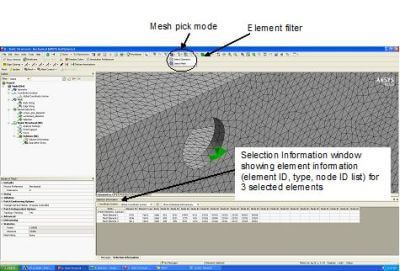 Using “Convert to” Criteria to Select the Surrounding Elements of 8 Base Elements (NSLE, ESLN) 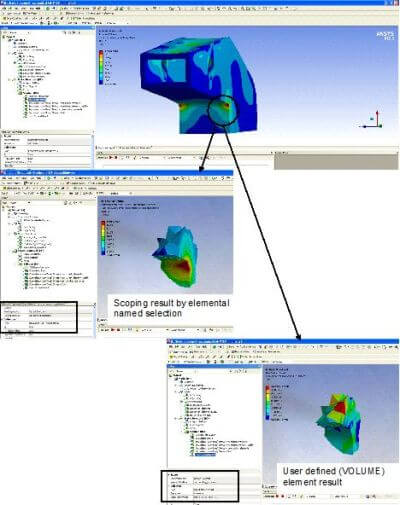 You can generate named selections using the Named Selection feature, which can then be imported into the ANSYS Mechanical application or used to develop specific features. Any combination of 3D entities, including point feature points, can be chosen (PF points). In the Details View of ANSYS DesignModeler, the Geometry Apply/Cancel property is where selections are made.

Because it is not very evident that it exists, the majority of people are unaware of this feature. If you don’t click on the Model top branch of your tree, the Named Selections Icon in the toolbar won’t even appear if there are no Named Selections in your model.

The “Create Named Selection” tab should be selected

When using ANSYS® geometries, right-click on the model subtab as indicated by the red arrow above, and then select “Create Named Selection” from the menu that appears.

After clicking “Create Named Selection,” enter the name of your Named Selection. Give your name a definition that takes into account the boundary condition that will be specified in this named selection.

For instance, we told this “wall” that it will be used in CFD, etc.

The default selection is the entire body.

We have chosen the entire body of geometry in our named selection. In ANSYS® Mechanical, choose your own geometric features such as edges, faces, shells, and vertexes according on your boundary conditions.

As you can see, using geometrical selection, named selection is a pretty straightforward procedure. The creation of named choices for nodes, faces, and vertices is nevertheless possible without clicking! To accomplish this, abandon geometry and switch to the worksheet.

Worksheet should now be a new tab in your graphics window, and it should have a table and a Generate button. A scroll bar will be at the bottom and cover that blank row if the table is too small to display the entire thing. Relax; that is what it is intended to do.

This device is quite ingenious. To the table, you basically add rows that affect geometry from top to bottom. You only need one line in many situations. However, with more complex options, you can really stack them up and make things more difficult. Following execution, the contents of the row determine what is in the active set. The named selection contains the final active set.